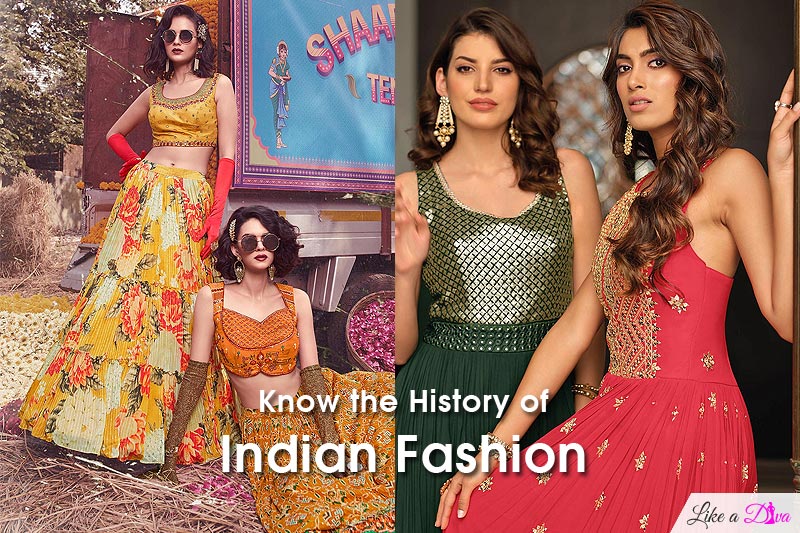 Know the History of Indian Fashion

Indian fashion is renowned for its grace, vibrant colours and rich heritage. Indian dresses highlight the intricacy and charm that they have acquired from our rich culture over the centuries. From ethnic outfits to Indo-Western ensembles, from stunning sarees, salwar suits, anarkalis, shararas, lehenga cholis to fusion jumpsuits, our fashion industry has evolved extraordinarily with time. 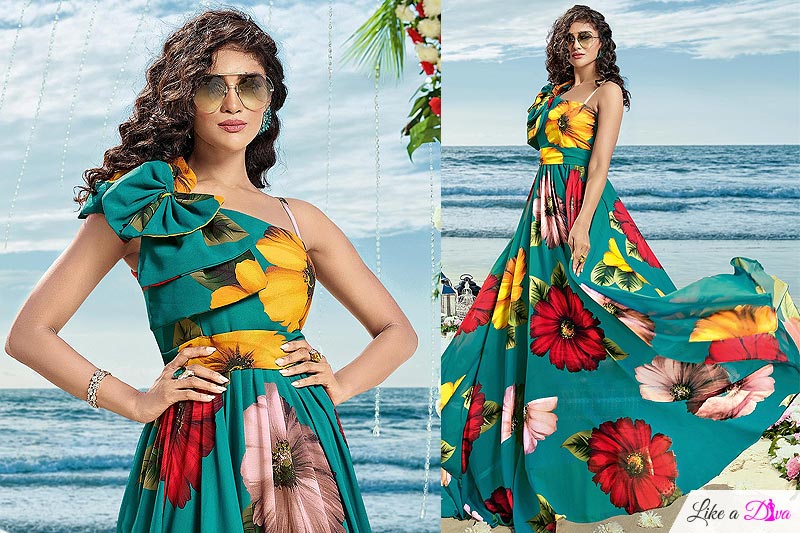 During the excavation of the Indus Valley, figurines of Goddesses were found. Those figurines wore simple garments around their waists and adorned jewellery such as necklaces and bangles. Men during this period used to wear a garment like a dhoti. This confirms that our ancient civilisation had understanding about clothing.

During the rule of the Muslim dynasties, the quality of tailored clothes in India improved and new styles emerged. During this period, women wore embellished and embroidered Anarkali suits with churidars, shararas and gararas.

During the British Rule

The British rule in India resulted in the usage of the clothing made by them. In order to minimise the usage of British industrial goods, Mahatma Gandhi started the Swadeshi movement and propagated the production of the hand-woven fabric known as Khadi.

In the history of fashion, the next era was inspired by international trends. Women in this era were fashion conscious and started wearing skirts and pants.

The glittering gowns inspired by Hollywood movies came into fashion. Long-sleeved gowns were created using various fabrics such as satin and silk. The usage of lace was also seen during this time. 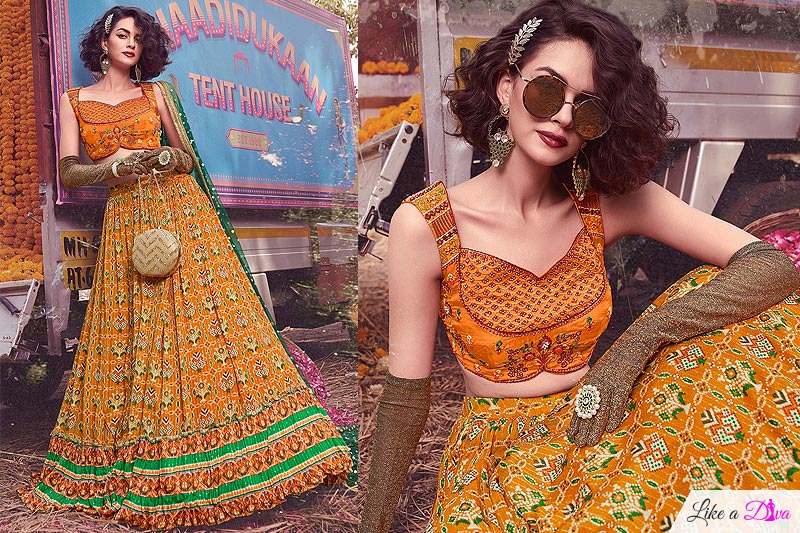 Modernization of Indian fashion took place around the 80s. Some fashion brands have established themselves in India and with the adoption of Western culture, fusion outfits came into existence. Actors and actresses became the style icons of the younger generation. The influence of Bollywood movies and cable TV grew, and the fashion market flourished. 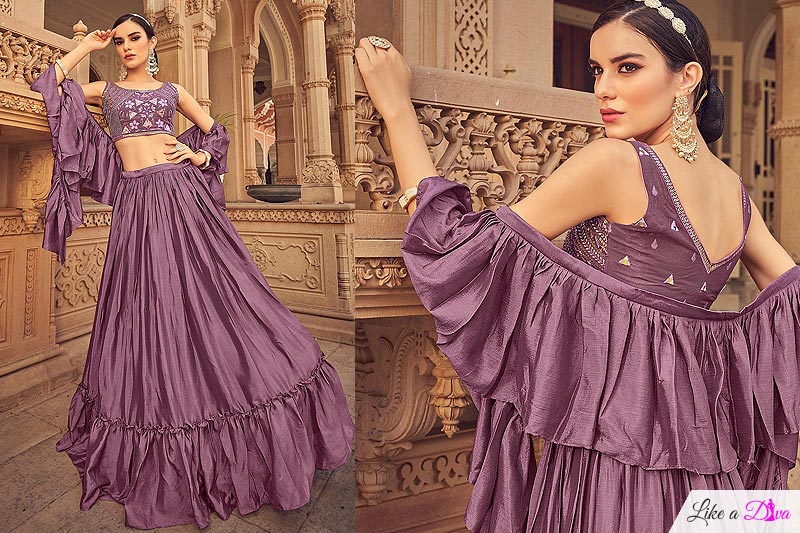 Like the 80s, Bollywood's top actors and actresses helped to define fashion in the 90s. During this time, Indian ethnic dresses, such as designer sarees and salwar suits were preferred by women. Full length skirts and jeans were also on trend. Floral prints and bold accessories like sunglasses became popular too. According to fashion experts, Indians embraced western styles throughout the decades that followed the 1990s, and the outfits became bold and stylish. 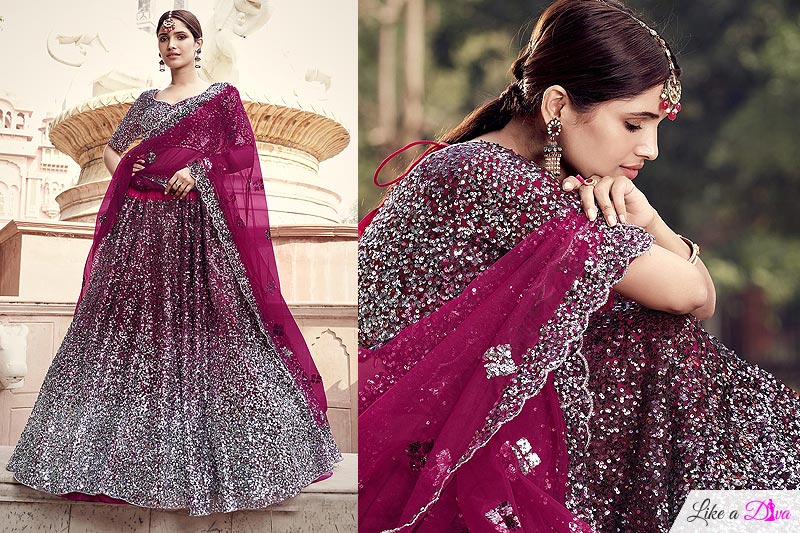 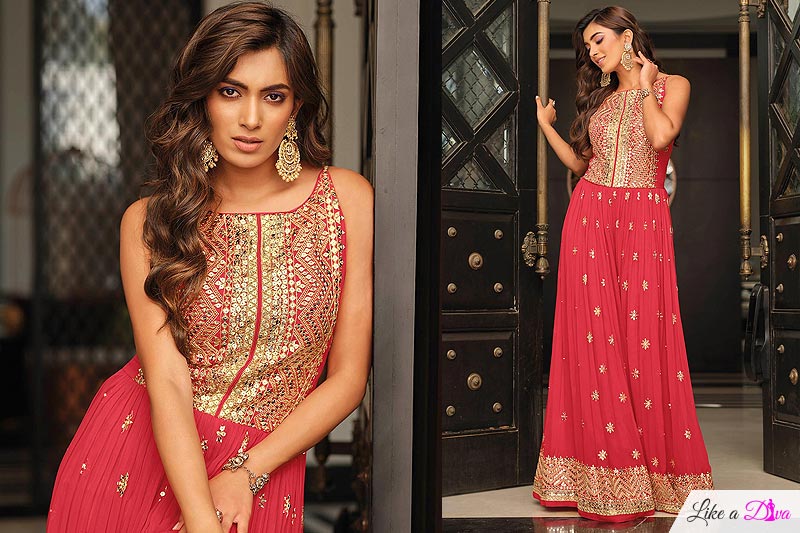 In the realm of fashion, Indian styles are making a name for themselves. Today, Indian fashion combines cultural heritage with influences from throughout the world. Fashion savvy women are currently obsessed with Indo-Western outfits, traditional sarees, sequin embellished lehenga cholis, stylish shararas and embroidered salwar suits.